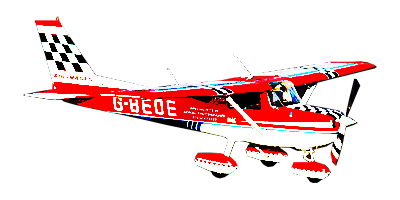 "I found Air Images very helpful in tracking down old aerial photographs to assist with a boundary dispute. They will, on request, send you previews of any aerial pictures they hold so that you can choose which ones are of the most use. I found the staff to be both helpful and quite prompt in dealing with requests. All pictures supplied by them are date authenticated, which is vitally important."
Mrs K Pearson, Newbury, Berkshire

"We also ordered one picture from Air Images Ltd... They do charge to search many archives and of course for any aerial photos you order, but we didn't mind the charge as they offer a very personal service, were very helpful, no sales pressure and sent several images so that we could choose the most appropriate."
Mr S McAlpine, Drumchardine, Inverness'

"Thank you so much for sending us through this photograph. It shows exactly what we were hoping it would do and will be a great asset to our case. I will pass it on to our barrister. Thanking you once again for such prompt and professional service.
Kindest regards, Lesley.''

"I was involved in an unsavoury (and costly) boundary dispute with my neighbour regarding the reinstatement of an old boundary fence between our two properties. My neighbour has privately argued that the new fence (which I had erected in 1992) was encroaching on his land. He recently decided to pursue the matter through legal channels, which meant that I needed to somehow prove that the boundary location was unchanged. I employed the services of a solicitor and looked to internet websites and forums for advice. Thankfully I came across Air Images Limited, who are based in Northumberland. They offer a totally bespoke service searching for any existing old aerial photos, in the time frame that is of interest to you. They will then send you low resolution copies of the photographs so that you can pick which one is best for your case. I actually bought two aerial photos from them; one from 1990, showing where the fence used to be, and one from 2009, showing that the fence is still in the same place. The whole process took about ten days from start to finish and I must say that we are delighted with the result. As soon as my neighbour was shown the aerial photos, he dropped the case, which has saved us a fortune in legal bills and a load of stress!"
Mr G Cooper, Winsford, Cheshire

‍"My organisation was involved in a 'Right to Light' case regarding a building in Central London. I approached Air Images, who were recommended to me by a colleague, and they were able to provide several detailed old aerial photos showing the building from the 1950's, through the decades to present day. The photographs were invaluable; the major source of evidence in our case. A few hundred pounds spent with Air Images ultimately saved us hundreds of thousands of pounds!"
RCP Surveyors, London

‍''Many thanks again for the speedy service provided by Air Images.  The photos and authentication letters arrived safely in the post on Friday and have now been passed on to the Client.  I have no doubt that they provide the evidence we were hoping to find!'' Client name withheld (Senior Project Administrator)

"We decided to extend our property and applied to our local council for planning permission. It soon became apparent that our property lies in a green belt, which has very strict restrictions with regard to development. In a nutshell, we needed to prove the size of our house in 1948. We were able to find lots of old maps, but never imagined that there would be a photograph from the air available. I found Air Images on the internet and e-mailed them to see if they could help; within a couple of hours they telephoned me and explained the whole procedure and the costs, which I found quite reasonable. Ultimately, we ordered one old aerial photograph which showed exactly what we hoped to see! We submitted the old aerial photo with our planning application and have recently been given the go ahead; without the aerial view we would have really struggled with our application."
Mrs R Lynch, Meriden, Warwickshire

‍"For many years now, my company has used Air Images to take new aerial photos of all of our sites throughout the UK. When we found ourselves involved in a planning dispute regarding one of our operations, I contacted Air Images and they were able to provide us with historical aerial photographs, over a period of several decades, which was to determine the case in our favour."
Client name withheld

‍"I had thought of trying to get hold of old aerial photos to determine historical land use on my property. I needed to prove that a piece of land had previously been used as a garden area, rather than grazing land, so that I could once again use it as a garden. I had looked at some photographs on the internet but they weren't sufficiently detailed and the date could not be confirmed. I decided to try Air Images Ltd. Who were able to provide me with some very old photography which was such good quality that I could zoom in and clearly see a vegetable patch and children's slide on the land... End of the argument!"
Mr D Hodgson, Fritwell, Oxfordshire

‍"As a solicitor specialising in property litigation, I regularly consult both old aerial photos and current aerial photographs to assist in a variety of cases, such as boundary disputes and planning issues. I have used the archive services of Air Images on several occasions and have always been very pleased. They have a straightforward search procedure; can generally provide preview samples of relevant aerial photographs and the final images are all excellent quality, magnified to the site of interested and date verified. Whether we are looking to see a boundary line, vehicles, an access point or a building, the aerial photos are such good quality that even very small features can be identified. Their charges are very reasonable considering the time and attention dedicated to each search."
‍Mr B Owen, Nottingham

‍''I have now managed to access and file all the images. I am very pleased with the work you have done and the quality of the output. It will help enormously. Thank you.''
‍Client name withheld

‍"We operate a number of caravan parks in Wales and recently had an issue with the Council, whereby we needed to prove the number of caravans on a particular site over the years. There were several aerial photos of the site online, but none of them showed what we needed as they were not taken at peak holiday times, when the site was at its busiest. I contacted Air Images and asked them if they could provide a list of available aerial photos which had been taken during Easter, Summer & bank Holiday periods, throughout the 1980's and 90's. They came back with several suitable aerial photographs and sent photocopies for my approval. Ultimately we purchased five different aerial images, which were all dated. These were sent to the council for verification and we were granted a Certificate of Lawfulness, which successfully concluded the matter."
Mrs J Allen, Denbighshire
‍

Get in touch...
The easiest way to contact us is to pick up the phone.
We are always happy to talk you through the options available.
CALL: 01434 673 111
Or, if you prefer, use the simple contact form below, and we will get back to you as soon as possible.
Thank you for your enquiry, we will contact you shortly.
If your enquiry is urgent, we would advise to call us on 01434 673 111.
Home
Oops! Something went wrong while submitting the form.